Ai Weiwei is perfectly transparent about his processes and the layers of meanings intended in his works, and yet they still manage to be mysterious and to take you to different parts of mind and feeling.

There is a gut reaction to his works: the scale, the materiality, the meticulous detailing, the hundreds and thousands of invisible hours inherent in his multitude pieces. There is beauty and grace, in the Chinese traditions he reconfigures. It's all there in front of you, making you feel and think. 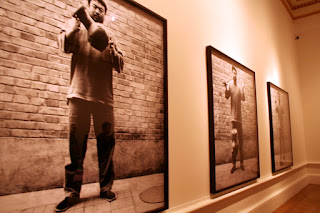 Multitude is so often the vehicle of Ai Weiwei's art, in actual reality in works, and yet the most obvious metaphor. Straight is a powerful, sobering and heart rending memorial to the thousands of people, mainly children, who died in the Sichuan earthquake in 2008, not documented by the authorities, but by a project of the artist. Yet another multitude of people we never knew or heard of in a place we will never visit or know. This piece, in the transubstantiation of metal rods retrieved and straightened out from the debris of the disaster, speaks so clearly of irretrievable loss, that there can never be too many people on this planet, and that each individual is a precious life and soul. 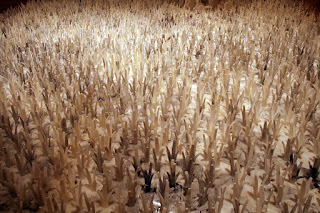 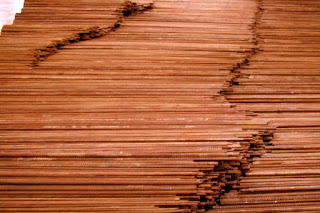 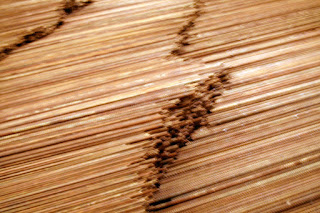 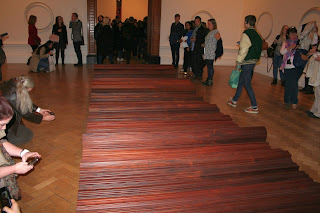 There is so often deep sadness and anger in the works, and they are the more powerful that those drives are restrained and matched by tireless restraint. They don't shout and splash themselves around; they are built up, piece by piece, action by action, into beautiful aesthetic form, containing all those paradoxical emotions. Even in ignorance of the political context of the works, they are powerful and moving, and speak across cultures.

The crabs/Harmony piece, a corner pile of crab creatures, is almost unspeakably sad.

Sadness and yet strength. Making something beautiful out of an ugly and Kafkaesque situation. It's a triumph in a way, but at such a terrible cost.

Works manage to balance exactly the political intent with other concerns about humanity and history and time. The wooden bed-frame compressed into the rubble of AWW's demolished studio suggests layers of suffocating centuries. 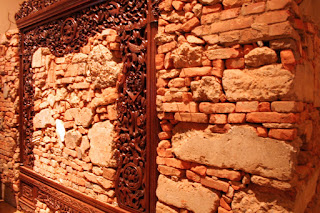 I'm not going to describe the pieces - I actually went to a talk just before the exhibition which did just that - thus somewhat denying me the delicious element of surprise. However, they were better than described. It's hard to explain the visceral feeling some art conveys, and the psychological and emotional field which is created by seeing them. Ai Weiwei's works are not just important because they are political or successful, but because they are beautiful, imaginative, enjoyable and memorable. Go if you can. 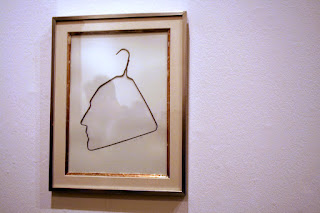 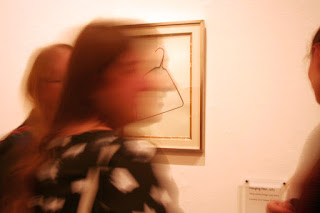